Roto Salt Company was formed in Brooklyn in 1904 by a man with an idea, a patent, and $2750 won from a $10 bet on a horse race. The man was Frank Beyea. He was an adventurer who left home at 11 and spent the next seven years in exotic spots from Nome, Alaska to Mexico City.

Frank's idea was that horses deserved a better salt supply than the coarse and dirty chunks of rock salt that were used as ballast in ships returning from Russia. The patent Frank secured was related to his method of using a mold, pure salt mixed with water, and a hand press to make salt bricks. Bricks were soon shipped everywhere including, in 1905, to the U.S. Cavalry at Fort Riley, Kansas and Fort Sill, Oklahoma.

Also in 1905, Beyea designed a rotary stoneware receptacle to hold the salt bricks in place on a wall while the animals licked it. In 1910, came the first big move – this to Watkins Glen, N.Y., near the Watkins Salt Company, and shortly another one to Union Springs, N.Y., also near sources of salt. In another five years, came the three-ounce spool for rabbits, mink and chinchillas, and in 1924 an iodized block in response to a veterinarian’s request. This later led to adding other minerals in color-coded blocks.

Frank Beyea, Sr., passed away in 1925 and was succeeded by Frank, Jr., born in 1885. In 1932, the latter used an animal nutritionist form Ohio State to develop a trace mineral formula, which has been refined and improved through the years. Changes came also for salt holders with the rotary dispenser introduced to the public at the 1939 N.Y. World's Fair.

In 1969 Roto Salt Company was purchased by the present management, which began immediate improvement in equipment, procedures and facilities. The block size was changed to the industry standard of a four pound unit packaged 15 to a carton, and blocks were sawed so the new block would fit most dispensers on the market. With a sales increase of some 40 fold, facilities at the old plant were unable to handle the required production, and a complete new operation was established in Penn Yan with the purchase of a Borden Company facility. With thriving business in Roto Salt blocks throughout the world, in the mid-seventies the company began research and production on families of new products.

Finally, 1976 saw the introduction of a whole new line of Canning Tablets, featuring many kinds of added micronutrients.

All current Roto Salt Company products are featured on this site, which we intend to keep up-to-date for your profit and convenience. Unchanging since 1904, and through three generations of management, the Roto Salt Company watchword has been QUALITY. We pledge that we will maintain this tradition, for after all, that is the best assurance of profit and service to our customers, friends and to ourselves. 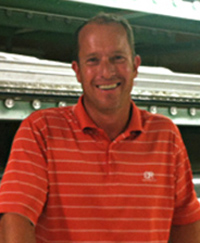 Customize Your Own Products

We will customize products and packaging to reflect your brand identity.